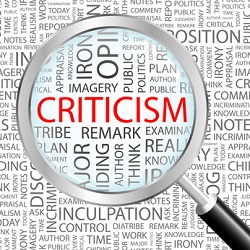 Accolades are wonderful.  Winning a ribbon or a medal is a thrill.  We all rejoice when we receive an “A” or excellent job evaluation.  The roar of the crowd is equally as rewarding to the ears of the player in the end zone as the performer bowing onstage.  It is our nature to love to be loved.

Personally, however, I’ve always been more receptive to criticism.  Something in my psyche has always dismissed praise as shallow or worse yet, merely polite.  Even as I graciously say out loud, thank you — That’s very kind; some voice in the back of my mind always asks, but what did you really think — what do you think could’ve been better?  Perhaps it was how I was raised or trained, but I seem to immediately move past accepting praise straight on to seeking insight on how to further improve my efforts without really taking the time to enjoy my successes.  Or so I’ve always thought.  We just finished the run of The Novel Stage Adventures of Sherlock Holmes: The Sign of Four, and I found myself receiving more criticism than usual.

Having toiled over this production for more than a year to make it more entertaining, challenging, and fulfilling than last year’s Sherlock installment; how could it not be received with equal if not more excitement than A Study in Scarlet?  Well, to paraphrase Sherlock Holmes, “I saw but did not observe; I heard but did not listen.”  Although the cast and crew were phenomenal and all performing at the top of their game, I dropped the ball as a director and was not on the top of mine.  Some dialects were unintelligible; a few voices were too shrill or inaudible; there were inconsistencies in the use of pantomime; the play’s structure was perhaps too complicated.  And although these well-founded complaints were few and far between compared to the play’s overall complimentary reception, they were consistent enough to give me pause.

After a few cloudy days of reflection, I’m incredibly grateful to be working with the wonderfully supportive and talented people that surround me and appreciate what I attempt to achieve; and think I have some answers to the simple overarching question, where did I go wrong?  And in doing so, my post-show depression has given way to excitement about what lies ahead and how I plan to right the wrongs made with The Sign of Four as I plan my approach for possibly bringing The Hound of the Baskervilles to life.

It is all just a reminder that we are never too old to learn.  Even the best of us can get stuck in a rut, and even the most talented or smartest can still need help.  It’s about stepping outside of our comfort zones and asking for that help that is crucial.  And that’s what I plan on doing as I move forward.  So, if you were kind enough to share your concerns about The Sign of Four, don’t be surprised if I come asking for help if Sherlock returns next season in The Hound of the Baskervilles. 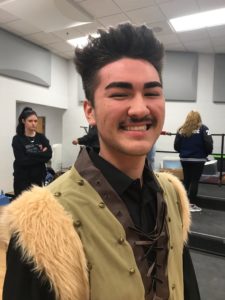 This month the PAC Kid Spotlight recognizes North Hardin High School’s Kentaro Hall who will be playing “Magyar” in their production of Mulan at the PAC this month.  Learn more about Kentaro and our other PAC Kids.

Congratulations to Survey winners Niki Marineau, Kit Mills, Tim Bell, Brianne Biggs, William Blume, Laura Durham, Mark Fitzgerald, Prudence Gillaspie, Sue Stiles and Illona Yovanno.  They are the lucky winners of a $20 PAC gift certificate for completing their The Novel Stage Adventures of Sherlock Holmes: A Sign of Four audience survey.  Follow the PAC on Social Media and you too could be a winner!