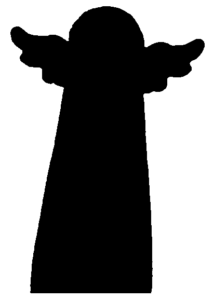 Charles Dickens considered A Christmas Carol to be a “Ghost Story of Christmas,” which seems all the more appropriate with the PAC’s radio drama production of Dickens’ Christmas Carol following close on the heels of Halloween. It also brings to mind an early Christmas morning when I was young and had my own visit from a Christmas spirit.

I was at an age when I still wanted to believe in Santa Claus but doubt had set in. How was it all possible? Even with eight tiny reindeer. My suspension of disbelief was stretched as thing as the tinsel that my mother insisted we hung poorly on the Christmas tree in the living room.

Winter had hit Hardin County hard that year and walking through our yard in Rineyville was like wading through a seven-layer salad as each step crunched down through layer after layer of snow upon ice upon snow. That Christmas Eve brought yet another deluge of ice. The front yard and bowed trees glistened outside the tall living room windows of our farmhouse as the sun began to rise on Christmas Day.

My parents were still fast asleep, but my younger brother and I had already tiptoed downstairs to see what was in our stockings before they awoke. Although this brazen act was permitted by my parents–so that the could get a few more minutes of rest, I’m sure – my brother and I were forbidden to look under the tree, which stood tantalizingly only a few feet from where our stockings hung. It was still very dark, but the rising sun bouncing off the snow and ice outside illuminated the room just enough to silhouette the tree and the treasures surrounding it. What could a single side-glancing peek hurt, right?

And that’s when I saw her…him…it! Right next to the tree, I spied the silhouette of an angel! I quickly looked away, grabbed my brother by the arm and ran with him to my parents’ bedroom. Any thought of biding our time with stockings stuffed with healthy hippy ’70s treats like molasses candy and carob-covered raisins had vanished from my head.

“Mom! Dad! Wake up! The Christmas Angel is in the living room!”

Now mind you, I had never heard tell of such a being ever before. This creature had sprung fully formed in my subconscious with a backstory forming right behind.

“This was the answer,” I thought to myself in a flurry. “A fat man in a sleigh? No way! But an angel? The Christmas Angel! It all made sense!” 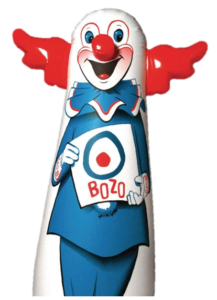 I dragged my groggy parents back to the living room. Sure enough, there it remained backlit in the window. I could see clearly now the silhouette of a bowed head as if turned away from us in prayer with a small wing on each side and a dress flowing down to the ground. Dad flicked on the light switch.

“Bozo!” my brother cried out as he ran to smack the inflated punching bag that stood in the very spot once held by my mythological vision – the one and only ever appearance of the Christmas Angel.

How about you? Do you have your own “Ghost Story of Christmas” that you’d like to share? If so, tell me about it at lovins@thepac.net, and just maybe we’ll get the chance to bring it to life at the PAC! In the meantime, I hope you’ll come be part of the PAC’s radio drama production of Dickens’ Christmas Carol on Saturday, November 2nd at 2:00PM. 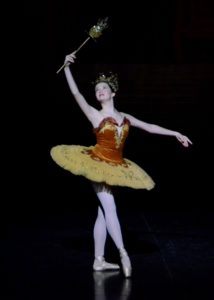 This month the PAC Kid Spotlight shines on North Hardin High School student Maggie Kowalski.  Catch Maggie in Allegro Dance Theatre’s Cinderella the ballet at the PAC right before Thanksgiving.   Learn more about Maggie and our other PAC Kids.